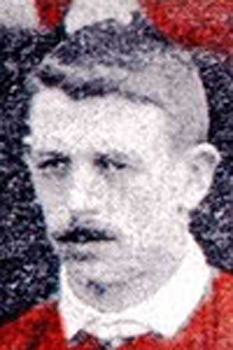 Pontypool born Henry Vivian Pugh (Viv) Huzzey played 132 games for Cardiff between 1894 and 1901. He was a fast wing with a strong scoring record, averaging around twenty tries a season. Viv Huzzey gained his first international cap against Ireland in 1898 and played five times for Wales at rugby as well as representing Wales at Baseball.
In 1900 Huzzey stood for captain alongside Gwyn Nicholls but when the vote went against him he took offence and left the club to join Rugby League side Oldham.
Vivian Huzzey died in Cardiff on 18th August 1929 aged 53.