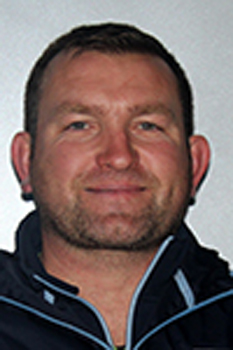 Lee Jarvis made his Blue and Blacks debut at Leicester in August 1996. Over the course of the next three seasons he was a classic case of a points machine for Cardiff highlighted by his 496 points tally in only 34 games in 1997 - 98. Such was Jarvis’s goal kicking prowess that opposition sides feared giving away a penalty anywhere in their own half knowing that the result would almost inevitably be three points against them.
In 1997 he won his only Wales cap against Romania at Wrexham. He played for the Barbarians against Ireland in 1996 and toured with the Barbarians to Japan (Howard Stone was in same squad). Lee left the Arms Park in 1999 and played for Pontypridd, Neath and the Newport Gwent Dragons before moving to the Cornish Pirates and then to Mount's Bay in Penzance. June 2008 saw him return to the Arms Park as Player/Coach and he then went on to coach Merthyr.