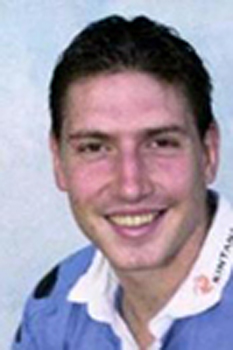 Adam Jones was a second row forward who played for Cardiff between 2001 and 2003. Adam arrived at the Arms Park with an impressive pedigree having represented Wales Schools at all age levels and in 1999 he captained the FIRA team that reached the final of the Junior World Cup against New Zealand. He also played for a Wales XV against the French Barbarians and represented Wales U21s.
Apart from Cardiff he also played for Saracens, Harlequins, Cross Keys, Llandovery, Newport and Swansea.