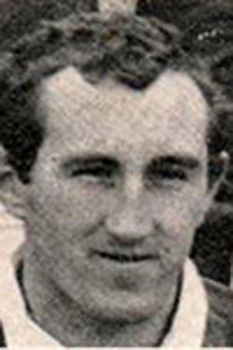 Educated at Ystalyfera Grammar School, W K (Keri) Jones played rugby for Neath and Cardiff College of Education before joining Cardiff. After two games for the Blue and Blacks he took a sabbatical from rugby to concentrate on athletics and won a place in the Welsh Commonwealth Games team that went to Jamaica in 1966, running in the 100yds, 220yds and sprint relay races. The following season he returned to rugby playing a further 58 games and scoring 30 tries and representing Wales on the wing in five internationals.