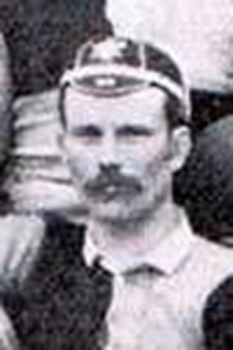 Quentin Dick Kedzlie was a Scottish born international forward who played 119 games for Cardiff between 1881 and 1893. Although a Scot, he played internationally for Wales and won two caps. The first, ironically was against Scotland in 1888, the other was against Ireland.
A blacksmith by trade he continued to live in Cardiff after his retirement from rugby and became chairman of the South Wales Baseball Association.
Dick Kedzlie died in Cardiff in 1920 at the age of 59.