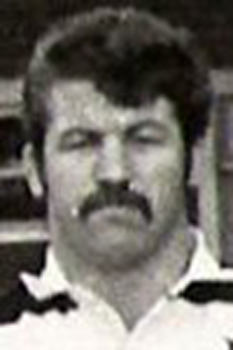 Franklyn Michael David Knill was born in Pembroke in 1941. The strong scrummaging prop played 240 games for Cardiff between 1967 and 1978, winning one Welsh cap (against France in 1976) and playing 12 times for the Barbarians between 1975 and 1978.
Towards the end of his career, Mike joined Penarth and led them in their centenary season.
A policeman by profession, Mike Knill also represented South Wales Police.