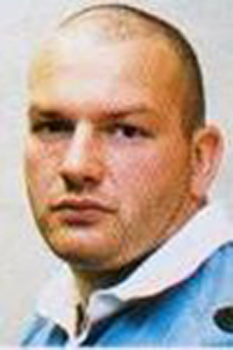 Andrew Leighton Paul (Alp) Lewis played for the club from 1992 until 2004, appearing 234 times for the club. A product of Christ's College, Brecon and Cardiff Youth he made his senior debut for Cardiff on November 4th 1992 against Oxford University. Andrew was a successful member of the Wales U18s and won the first of his 28 Welsh senior caps in 1996. For many years he formed a formidable front row with Lyndon Mustoe and Jonathan Humphries. Although primarily a prop he played a number of times as hooker.