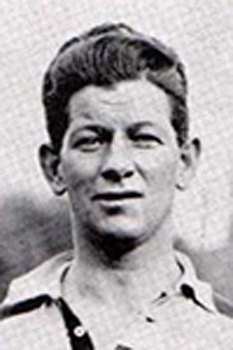 John Morris Clement (Clem) Lewis was born in Bridgend and joined Cardiff in 1909 playing for the club until 1924. He won eleven caps for Wales either side of WW1 and captained his country on two occasions making his Welsh debut against England in 1912. Lewis also gained two 'blues' for Cambridge University and represented the Barbarians in 1915 against the South African W.P. Services.