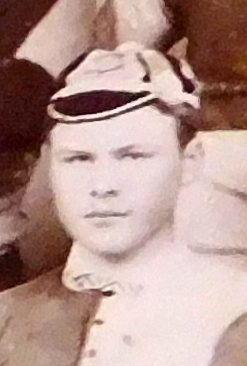 David Henry 'Dai' Lewis played club rugby for Cardiff between 1883 and 1886 and gained two Welsh caps. Making his debut against England in the 1886 Home Championship he was selected for the game against Scotland in the same year.
After leaving Cardiff he moved to Buffalo in the United States where he died in September 1943 aged 76.