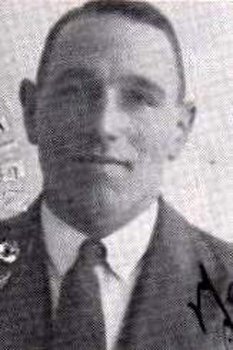 Tom Lewis played 260 games for Cardiff over ten seasons 1923 - 1933 and was capped three times for Wales. Lewis was born in Taffs Well and started his rugby career with local club Pentyrch before joining Cardiff where he was captain of the 1932/33 season. His first Welsh cap came against England in Cardiff in 1926 and the following season he played against England at Twickenham and Scotland in Cardiff. After working in the mines for a number of years Tom joined the police force and played for the Glamorgan Police, he also represented Glamorgan County.