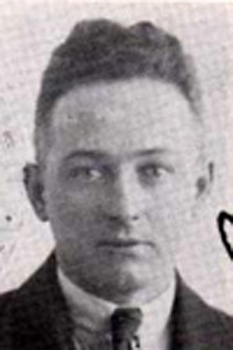 Ossie Male played rugby for Cross Keys, Pontypool and Cardiff. He was capped 11 times for Wales and captained his country on three occasions. Male was first capped for Wales whilst playing for Cross Keys, when he turned out against France in February 1921. In 1923 he played for Pontypool then transferred to Cardiff in 1924. Whilst at Cardiff he played 165 games over six seasons 1923 - 1929. On one occasion (in 1924) Male was travelling to France with the Welsh squad when he was sent home from London. The reason? Because he had played for Cardiff within six days of the international game, which at that time was frowned upon.
Ossie Male passed away in Newport in 1975 aged 81.