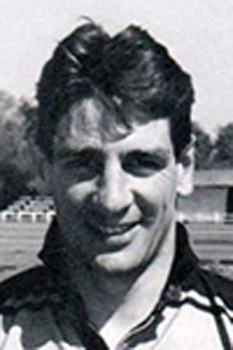 Andy Moore made his debut for Cardiff at Sardis Road against Pontypridd in September 1987 going on to play 143 games, scoring 45 tries and one drop goal. The talented scrum half won four Welsh caps, making his debut against Japan, and he also played for Wales "A" and the Barbarians. In 1990 Andy went to Oxford University and during this time he played a handful of games for Bridgend in the holidays. After leaving Cardiff he went on to play for Richmond and when they folded he joined Neath and then Treviso in Italy.