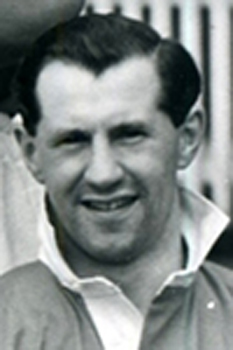 Harry Perrott Morgan, born 1930 in Pontypool, joined Cardiff from Newport in March 1958. As well as playing 52 games for Cardiff he was twice captain of the Athletic team before retiring. Morgan was capped by Wales on four occasions making his debut against England at Twickenham in 1956. He also represented Crawshays Welsh XV and gained a Cambridge Blue.