William Morgan - Half back 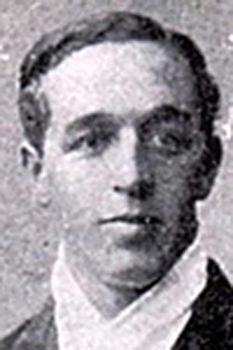 William Llewellyn Morgan was born in Aberdare in 1884. One of the first clubs Morgan was affiliated to was Guy's Hospital, following his brother Teddy Morgan,who was already a Welsh International rugby player. During the 1905 - 06 season, while playing for Guy's, Morgan was invited to play for the Barbarians against Devonport Albion.
By 1908 Morgan was back in Wales, playing for Cardiff and it was while he was playing for the Blue & Blacks that he was selected for the Anglo-Welsh tour to Australia and New Zealand along with his brother Teddy.
Despite his rugby experience it took until 1910 for Morgan to gain his first Welsh international cap. After his rugby career ended at Cardiff, Morgan would often turn out for French team Stade Bordelais, where he got his nickname – Billy Bordeaux. He died in Swansea in April 1960 aged 76.