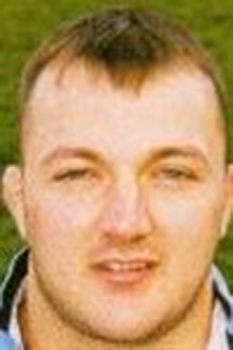 Lyndon Mustoe was born in 1969 in Caerleon and educated at Chepstow Comprehensive School. Starting at Chepstow and Pontypool he joined Cardiff in 1993 forming a formidable front row with Jonathan Humphreys and Andrew Lewis. Lyndon also played six games at Newport when they suffered a tight head shortage at the club and then joined Bridgend in 2000. He represented Wales at Youth, U19, and U21 levels and gained ten Welsh caps, making his debut against Fiji in Cardiff 1995, and also being selected 15 times as a replacement.