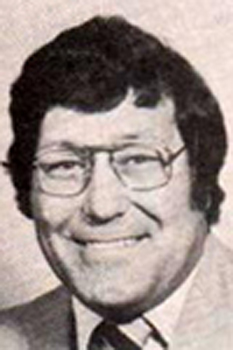 Bristolian Barry Nelmes joined Cardiff in 1973 and formed an exceptional front row with Alan Phillips and Mike Knill. Having been Vice Captain for two seasons he was made Captain in the 1978 - 79 season and played 166 times for the Blue and Blacks. Before moving to Cardiff he had played for Bristol making his debut at just 16 years old. He represented England Schools U15 against Wales in 1963 and two years later was selected for the Western Counties XV that beat the touring Wallabies. His England debut was against Australia in Sydney 1975, the first of six appearances for his country with his last cap being against New Zealand at Twickenham in 1975 (he was the first Cardiff player to be capped by England). He also played for The Barbarians, playing against the British and Irish Lions in 1977 and again the following year against the All Blacks in Cardiff 1978.
Barry Nelmes died suddenly, in Cardiff, in December 2006 at the age of 58.