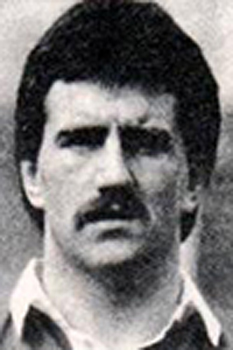 Robert Leonard (Bob) Norster played for Abertillery before joining Cardiff and playing 287 games for the Blue and Blacks. An exceptional line out forward he made his debut for Wales against Scotland, going on to play 34 times for his country. In 1983 and 1989 he was selected for the British and Irish Lions, in 1983 to New Zealand and 1989 to Australia, and gained three test caps for the tourists.
After his playing days he went on to become Chief Executive of both Cardiff and the regional Cardiff Blues team.
With such an illustrious career with Cardiff it is no surprise to see the name of Robert Norster in the Cardiff Rugby Hall of Fame and further biographical details can be found in that section of the club website.