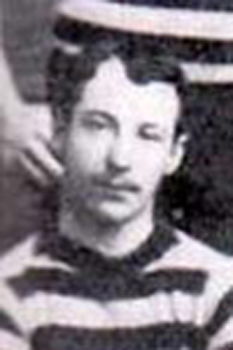 William Barron Norton was born in Carmarthen in 1862. After making his debut in 1879 he played 49 games (scoring 20 tries) for Cardiff before ending his career with the Blue and Blacks in 1886. His international debut came against Ireland in 1882 and he went on to win 6 caps for Wales.
In August, 1898 he was appointed one of the Engineers to the Niger State Protectorate and just a few months later he contracted pneumonia, which sadly proved fatal. On the 11th December, 1898 he passed away in Old Calabar, Niger at the age of just 36.