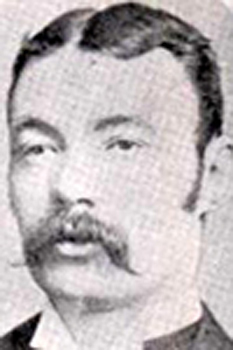 William David Phillips played for Cardiff in 109 games between 1876 and 1895 and was captain from the 1879 – 80 season for three seasons until 1882. In 1881 Phillips was selected to play for the first representative Welsh International team in a game against England, and he went on to gain another four Welsh Caps.
After his playing days were he became a referee and later a WRU Vice President - representing the East Wales region. Philips was one of the Welsh representatives on the IRB panel from 1887 - 1907.
He died in Cardiff aged 63 in 1918.