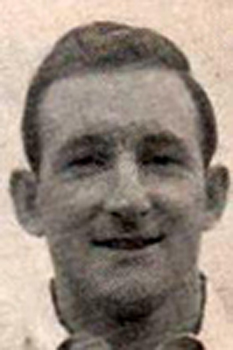 Alun James Priday was born in January 1933 in Whitchurch. After making his debut in April 1953 (a 15 – 0 victory over Harlequins) he went on to play 410 games for Cardiff (scoring 33 tries) in an illustrious career that lasted until 1966. Despite his regular appearances for the Blue and Blacks he was largely overlooked in the international arena winning only two Welsh caps – in 1958 against Ireland at Lansdowne Road and then in 1961 against the same opposition in Cardiff. He represented the Barbarians in 1963 - 64 against East Midlands and also played for the RAF and for Glamorgan County. Although a loyal clubman, he did play a small handful of games for other teams. When Cardiff were on tour in the West Country on one occasion he played a game for Penarth and he played twice for Aberavon. When his playing days at the Arms Park were over he played a season with Rhiwbina (the club still in its formative years).
Following his retirement from playing Alun served as committeeman and secretary at the Arms Park and was unsurprisingly among the first players to be inducted into the Cardiff Rugby Hall of Fame. Further biographical details can be found on that page on the club website.