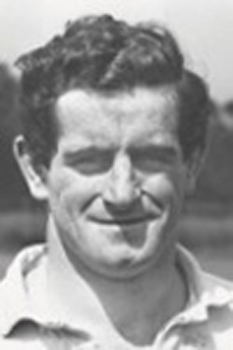 William Henry 'Billy' Raybould was Cardiff born and bred (the family butchers business was in Rhiwbina). Whilst at Cathays High School he represented Wales at U15 and U18 levels. His debut for Cardiff Athletic came in September 1963 against Cardiff HSOB and he played 12 matches for Cardiff's first XV between 1964 and 1967, scoring three tries. After his return from London he played for Newport.
And he won his club cap in his second season at the club. Over the next three years he had gained a great deal of rugby experience - a Rugby Blue at Cambridge, the first of his eleven caps at centre for Wales and a couple of seasons at London Welsh, it was no surprise therefore, that he was selected for the British Lions Tour to South Africa. In South Africa Billy played in seven of the 16 provincial games.