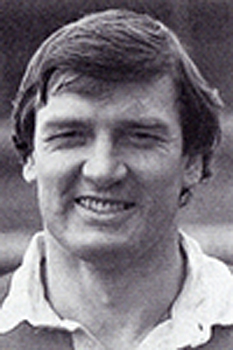 Maurice Richards was born in February 1945 and joined Cardiff in 1962. A strong running wing he played 171 games for Cardiff and scored 97 tries, including four in one match against Gloucester in 1966. His Welsh debut came at the age of 23 against Ireland in 1968 and at the end of the season he was selected for the British Lions tour to South Africa, where he gained 3 caps. Against England in the 1969 Five Nations Tournament he scored four tries and it came as little surprise that the following season he joined the professional ranks when he joined rugby league club Salford. In a fourteen-year career with the Manchester based club he made 500 appearances, scoring 297 tries and kicking 32 goals, he also represented Wales and Great Britain in the 13 a side game.
Maurice Richards has been inducted into the Cardiff Rugby Hall of Fame and further biographical information cam be found on those pages.