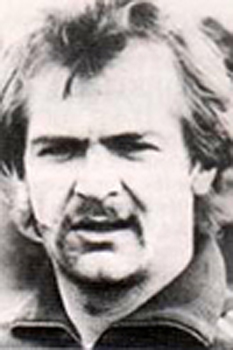 Gareth John Roberts was born in Pontlliw in 1959 and educated at Pontlliw Primary and Gowerton Grammar and Comprehensive Schools. After playing Youth rugby at Pontardulais and gaining a record number of Welsh Caps at age group level (his tally of 19 included 6 at U15s, 3 at U16 and 10 at U19 level) he joined Swansea for whom he played 185 times and in he 1984 moved to the Arms Park making 166 appearances for the Blue and Blacks. At senior level he won 4 Welsh 'B' caps and selection for the senior team followed. He was named as a replacement twelve times before winning his first senior cap (off the bench) against France and he also represented the Barbarians.