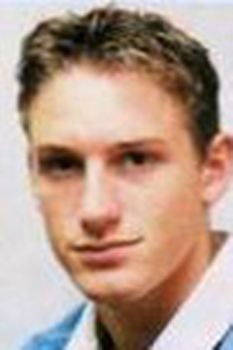 Jamie Robinson, a product of Ysgol Glantaf was known for his blistering pace and ability to beat defenders. He played 104 games for Cardiff between 1999 – 2003 and 108 games for Cardiff Blues between 2003 and 2009 when he departed for France (playing for Toulon and Agen) before injury forced his retirement in 2013. Jamie played for Wales U19s, U21s, Wales A and played in the Youth World Cup in 1999 when Wales reached the final. His Welsh Senior debut came against Japan in 2001 and he kept his maintained place in the Wales squad until he got injured.
At the beginning of 2004 - 5 season he suffered a long lay-off through a knee injury which prevented a return to first team action until the middle of the following season.
Brother Nick also played for Cardiff and Cardiff Blues.