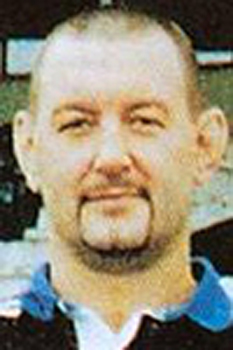 Mark Anthony Rowley joined Cardiff from Pontypridd and played 88 times for the club from 1985 until 1990 when he returned to Pontypridd, later playing for Abercynon, Penygraig and Dinas Powis to name but a few.
After he retired from playing he went into coaching with the Caerphilly Academy and the Valley Cougars rugby league side.