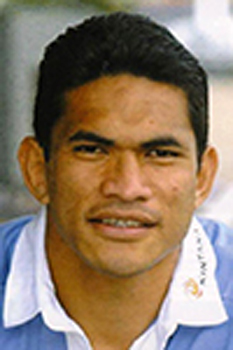 Semo Sititi began his rugby career at Marist St Joeseph's in Apia. In 2001 he joined Cardiff then went north to join Scottish Borders in 2002. After two seasons he joined Newcastle and returned to Scottish Borders in 2005, leaving them to join NTT Docomo Red Hurricanes in Japan. His Samoan debut came in 1999 and a year later was made captain of the national side, going on to become one of Samoa’s most capped players.