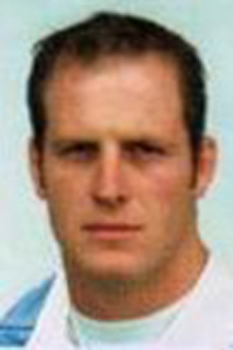 John Noel Tait made his Cardiff debut in September 1997 at Newbridge and played 140 games during his time with the club, his last game was at Virginia Park against Caerphilly in May 2003. John had 37 Canadian caps making his debut for Canada in June 1997 against USA in Vancouver. Younger brother Luke also played for Cardiff.