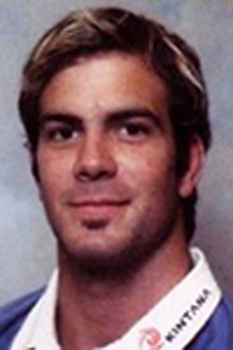 Luke Tait moved Cardiff to study when his brother John was playing at the Arms Park. He first played for Cardiff in 1999 and a call up for Wales U21s followed. Between his debut and 2003 Luke played 24 times for the club. After four years at the Arms Park he moved west to join the Neath/Swansea Ospreys playing his club rugby at this time for Swansea and Aberavon. When he left the Ospreys he went to play for Stade Montois in France and Parma in Italy. Although he was first capped by Wales at Under 21 level when it came to senior international appearances he played for the country of his birth and he won 17 full caps for Canada.