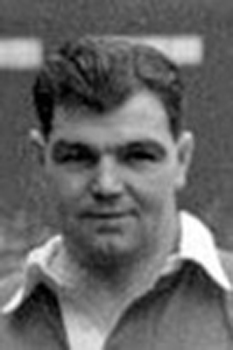 William Ewart (Bill) Tamplin first played club rugby for smaller second class clubs before joining Pontypool and then Newport. When World War Two ended he joined Cardiff, playing 252 matches over eight seasons and scored seven tries. His first Welsh cap came against Scotland, at Murrayfield, in 1947 (he won seven in all) and in 1948 he played for the Barbarians against Australia.
Bill Tamplin passed away in Pontypool in October 1989 at the age of 72.