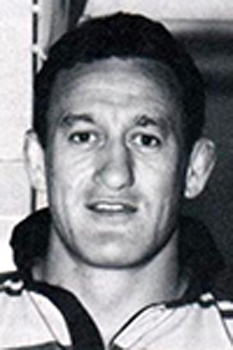 New Zealander Hemi Taylor was born in Morrinsville, Waikato in 1964. After spending time with Newbridge he joined Cardiff in 1992 and became a firm favourite at the Arms Park. In six seasons he played 123 games and was club captain leading the side in a successful period in the 1990s. Although born in New Zealand he made Wales his home and qualified for the national team on residency. After representing Wales ‘A’ he made his full debut against Portugal, in a game that Wales needed to win to qualify for the 1995 World Cup in South Africa. Hemi Taylor went on to make 41 appearances for his adopted country scoring 5 tries, he also played for the Barbarians. When he left Cardiff in 1998 he joined Penarth.