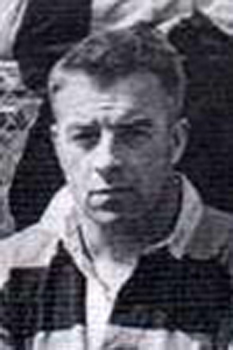 William James (Billy) Thomas played for Abertillery, Bargoed, Newport and for Cardiff from 1958 until 1967. He played 258 games for the club over nine seasons and was awarded his club cap in 1959 – 60. In 1961 he won his first Welsh cap against France in Paris, replacing Bryn Meredith as hooker but having to wait until Wales next played in Paris to win his only other cap, on this occasion replacing Llanelli hooker Norman Gale. After ten seasons at the Arms Park Billy retired from rugby.
Sadly, Billy James passed away in 2013 at the age of 80.