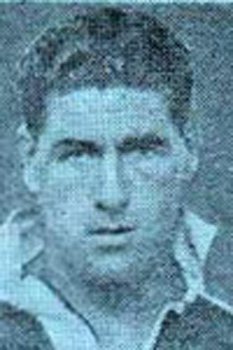 Frank Trott was born in 1915 and played for Penarth, Waterloo and Cardiff, appearing in 205 matches over nine seasons, scoring three tries. His international debut came in 1948 against England, the first of eight appearances in the red shirt of Wales and in 1945 he represented the Barbarians.
Frank passed away in Cardiff in 1987 at the age of 72.