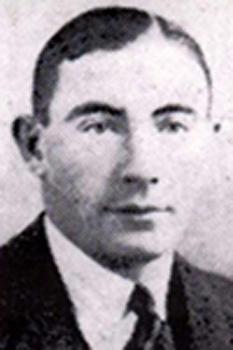 Bernard Ruel Turnbull was the best of the six brothers to play for Cardiff playing 232 matches over ten seasons (1923 – 1933), scoring 54 tries, and captaining the side in 1931. His career had started with St Peters alongside his brothers Maurice and Kevin. His international debut came in 1925 against Ireland, the first of six caps and he also played in the 1925 Barbarians game against Leicester.
Bernard passed away in April 1984 aged 79.