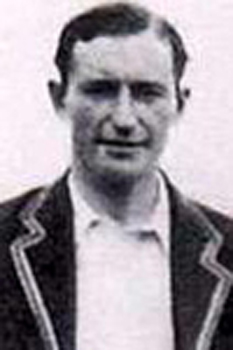 Maurice Turnbull was the most talented all round sportsman of the six brothers and excelled in several sports. The only person to have played cricket for England and Rugby for Wales, he captained Cambridge University in cricket and was captain of Glamorgan for ten seasons. In rugby union he played for  Cardiff (on 62 occasions) and London Welsh, also gaining two Welsh caps in 1933. During the Second World War Turnbull was commissioned into the Welsh Guards rising to the rank of major. He was killed by a sniper in August 1944 during fighting for the French village of Montchamp and is buried in Bayeux War Cemetery.