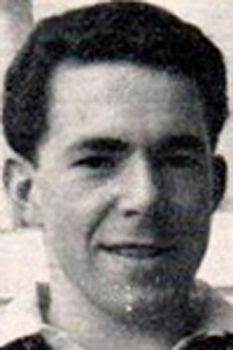 John "Dick" Uzzell attended Bargoed Grammar School and played for Welsh Schools before joining Newport. In 1963 he played in the famous game when Newport defeated the touring All Blacks (with Uzzell’s drop goal being the difference between the two sides). A selection for the Wales team to play the tourists was Uzzell’s deserved reward for his performance – the first of five Wales caps that the centre would earn, his final game in the red shirt being against France at Stade Colombes in 1965. The following season saw a move to the Arms Park where he played for seven years, making 54 appearances. In addition to Newport andCardiff he also played for Cross Keys and Caldicot.