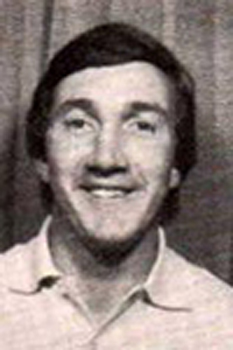 Michael John "Spikey" Watkins played rugby from a young age and represented several Youth and School teams in the Newport area. Spikey spent two seasons with Crumlin and then joined Cardiff in 1975 and gained his first Welsh Trial in 1977. Although he was selected for Wales "B" several times during the 1970s he didn’t gain his first full cap until 1984 by which time he was playing for Newport. His Welsh debut came against Ireland when he captained the side, a position he retained in his other three international appearances, as well as in an uncapped game between wales and the WRU Presidents XV. In six seasons at the Arms Park he played 118 times and also represented the Barbarians, Crawshays Welsh XV and Monmouthshire.
Further information regarding Spike Watkins is in his autobiography “Spikey – 2 Hard to Handle”