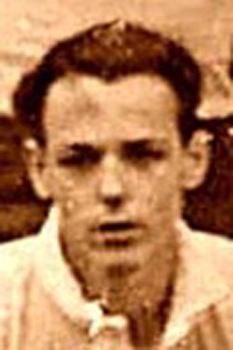 Gordon Thomas Wells joined Cardiff comparatively late into his career at the age of 23 in 1952. He was a distinguished track and field athlete, winning the Welsh sprint title and was the United Kingdom record holder in the Triple jump. Before joining Cardiff, he played for Neath, including a game for the combined Aberavon and Neath XV against the 1951 Springboks. Between 1952 and 1962 Gordon spent 10 seasons with Cardiff, scoring 119 tries in 254 appearances, and was a popular captain in 1959 - 60. His international debut came against England in 1955 and he went on to gain seven Welsh caps, (four in the centre and three on the wing) and he also represented the Barbarians 14 times between 1955 and 1959.