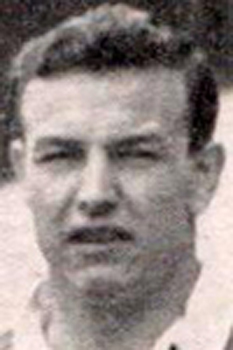 One of eight brothers from Taffs well who all played for Cardiff, Lloyd served a long apprenticeship at the Arms Park playing for Cardiff Schools, then the Youth team, the Athletic in 1951 - 52 before making his first team debut at the age of 18 in September 1952. Over the next four years he was limited to 43 appearances, but had many fine seasons ahead of him playing 310 first team games before retiring. In 1960 and 1962 he was first team captain and later served as a member of the rugby committee.
Lloyd gained 13 Welsh caps, making his debut against Scotland at Murrayfield in 1957, his last international was also against Scotland in 1962 at Cardiff, he captained the Welsh team on three occasions. In 1956 – 7 he represented the Barbarians against Newport.
Lloyd Williams died on February 25th 2017.
In 1999 Lloyd Williams was inducted into the Cardiff Rugby Hall of Fame and further details about his career can be found on that page of the website.