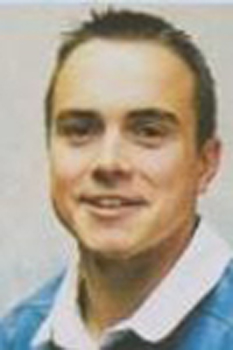 Gethin Rhys Williams was educated at Ysgol Iolo Morganwg in Cowbridge and Cowbridge Comprehensive School. A versatile back he played at wing, centre and full-back, although full-back was his preferred position and he played here when helping Cardiff win the Welsh-Scottish League title in 1999. He represented Wales at all age levels from U16 - U21s and played in the Youth World Cup in 1999 when Wales reached the final, losing to New Zealand - fellow Cardiff player Jamie Robinson also played in the game. He made his debut for the full national side in a Six Nations Championship match against Ireland in Dublin in 2000, playing at full back - the first of 44 caps he earned.