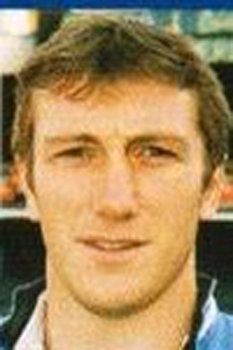 Steve Williams, was born in 1970 in Neath and played in the Back row and second row for Swansea, Neath, Cardiff, London Irish and Northampton. In 3 seasons at the Arms Park he made 64 appearances. A Welsh international, he played 29 times, making his debut against Tonga in Nuku’alofa in 1994.