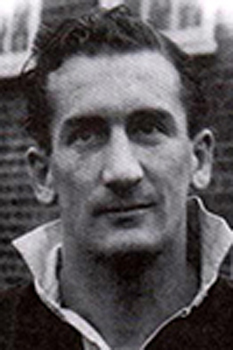 Rex Willis was born in Ystrad in 1924 and first played for Cardiff in 1947, joining from local club Llandaff. In a ten year stay at the Arms Park he played 208 games at scrum half and scoring 14 tries. In 1950 he won his first international call up and made 21 Welsh appearances between 1950 and 1955. Also in 1950 he was selected to tour Australasia with the British Lions.
In 1999 Rex Willis was elected into the Cardiff Rugby Hall of fame and more details about his career can be found in that section of the website.
Rex Willis died in Pontypridd in 2000 aged 76.