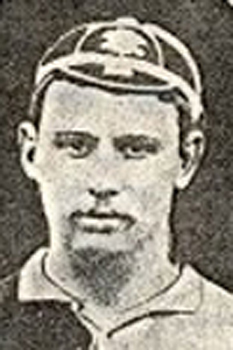 George Avery Young was born in Tynemouth in the North of England. His first major club was Cardiff who he joined in 1882 and over the next ten seasons he played 87 games for the club. In 1886 he was chosen to represent Wales in the country's opening game of the 1886 Home Nations championship, ironically against England, one of five Cardiff players representing Wales on that day. The following season he given the captaincy of Cardiff, which he held for two seasons. Young was an all-round sportsman and also played cricket at a high level for Glamorgan in the days before the county were admitted to the County Championship,
George Avery Young passed away in Penarth in 1900 at the age of 34.