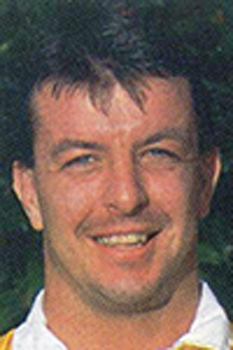 Roger Bidgood played 8 games for Cardiff during the 1988 - 89 season, also playing for Newport, Pontypool, Pontypridd, Rumney, Newbridge, Caerphilly and for Blackwood whilst on dual registration with Caerphilly.
He won 5 Wales caps in the early 1990s, making his debut against Scotland in 1992 and he gained Wales B caps in 1986 and 1987 as well as representing Wales Youth, Crawshays Welsh XV, Monmouthshire and the Barbarians. After his playing days he coached at Blackwood, Caerphilly and Risca.