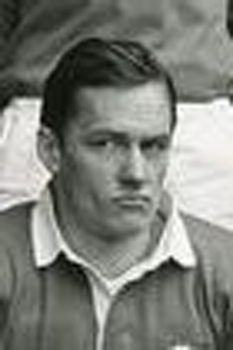 Born in Neath in 1942, Brian Rees was a Hooker and after leaving University (where he played for a combined Oxford/Cambridge XV) played most of his rugby for London Welsh and playing eight games for Cardiff in the 1972 – 73 season. He gained three Welsh caps, making his debut against Scotland at Murrayfield in 1967.