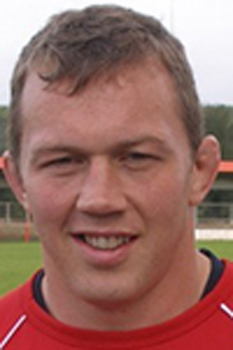 Nathan Thomas was born in January 1976 in Bridgend and played for a number of clubs during his career including Bridgend, Cardiff, Cardiff Blues, Leeds Tykes, Llanelli Scarlets and Neath. In 2009 he joined Gloucester but didn't make an appearance for them so he went to one of their feeder clubs Hartbury College where he was a lecturer and in 2011 he was playing at Redruth. His international debut for Wales came against South Africa in December 1996 the first of nine Welsh caps.