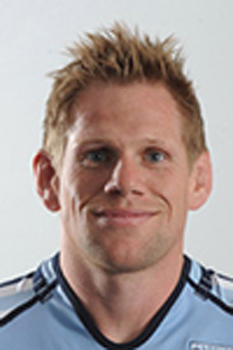 T R Thomas was born in 1982 in Abercynon was a member of the Newport U21 squad when he first played for the Cardiff senior team in 2003. Called into the side by Dai Young he impressed everyone in his four games for the Blue and Blacks, very quickly being snapped up by Cardiff Blues.
His Cardiff Blues debut came on the 27th December 2003 against the Celtic Warriors. In 2012 he left the Blues in 2012 to join Wasps, but after a season he was released and returned to Wales where he joined the Newport Gwent Dragons. Rhys represented Wales U21s and senior teams, making his senior debut on 4th June 2005 against the USA in Hartford Connecticut.
After retiring from playing, Rhys joined the coaching team at Cardiff Blues Academy and in 2018 was appointed forwards coach for the Blue and Blacks.