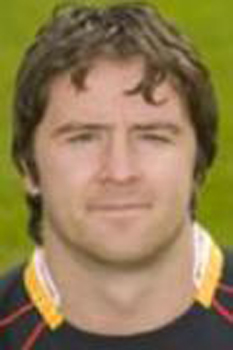 Scrumhalf Andy Williams was born in Swansea and joined Cardiff in 2008 playing 13 games for the club having previously played for Bath, Swansea, Moseley, Gloucester, Worcester. Neath/Swansea Ospreys and Newport Gwent Dragons. On the international stage he played for Wales "A", Wales U21s and gained 5 Senior caps for Wales, four on summer tours to North America, Argentina and Australia and the fifth against Romania at Wrexham in 2003.