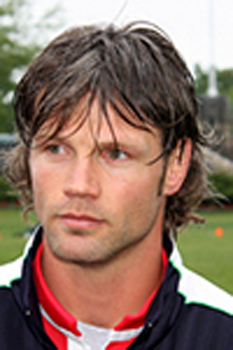 Morgan Williams was born in April,1976 in Kingston, Ontario. A native of Cold Harbour, Nova Scotia, Williams played two games for Cardiff in the 1999 as a replacement scrum half against Bedford Blues and Bath in February 1999. After leaving Cardiff he played for Bordeaux Begles, Stade Francais and Saracens. His international debut came at the age of 23, scoring two tries against France in the 1999 Rugby World Cup and he played 56 tests for Canada whom he captained in 2005. As well as the 15 a-side caps he also played 7s for them in the 2001 World Cup and in the Commonwealth games7s. After the 2007 World Cup he retired from International rugby and started coaching. In 2009 Morgan was announced as the head coach of the Canadian rugby sevens team.