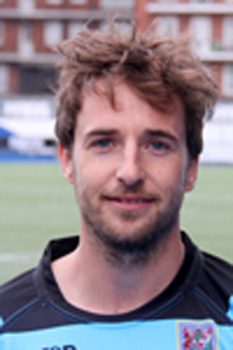 After a career that had taken in the Ospreys, Scarlets, Northampton, Bath, Bristol and Rouen as well as games for Neath, Swansea, Bridgend and Llanelli experienced scrum half Martin Roberts signed for Cardiff for the 2018-19 season. His Cardiff debut in the friendly game against Tata Steel and ended the season having scored 5 tries in 35 games.
Martin was also a Welsh international, having played three times in the 2008-9 season.