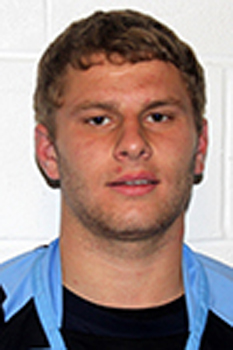 Having come through the Cardiff Blues Academy system and gaining age group honours at U18 and U20 levels for Wales, promising back row forward Thomas Young (son of Cardiff and Wales Legend, Dai) played 50 games for Cardiff between 2009 and 2013. Seeing his opportunities limited at Cardiff with the presence of other talented back row forwards of about the same age (Sam Warburton, Ellis Jenkins and Josh Navidi amongst others) Tom made the decision to join English Premiership side Gloucester. Before long, though he had moved on to join Wasps (where father, Dai, was head coach.) The move proved a good one as Tom was able to get the opportunities to develop his skills and showcase his talents becoming a vital member of the Wasps back row. He soon gained international recognition being in the Welsh international squad, although it was not until a 2017 trip to the South Sea Islands that he gained his first international caps playing in games against Tonga and Samoa.